HOW THE L.I.F.E. BIOFEEDBACK SYSTEM WORKS

The measurement made by the L.I.F.E. System is based upon the relationship between “action & reaction” by applying a challenge to the patient (“action”) and measuring the reaction of the human body as it answers the challenge (“reaction”).   The basic principle of the mode of action of the L.I.F.E. System device is the following: The L.I.F.E. System device sends a square wave signal with amplitude of 5 Volt, and a duty cycle of 50% to the harness. The frequency to be applied, for determination of our test, is about 47.3 kHz. The measurement current through the body is limited to a maximum of 10mA, but usually no more than 5mA or less. 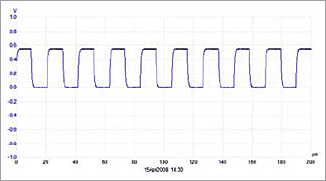 Figure 1 shows the applied signal, without the harness being in contact with the human body. 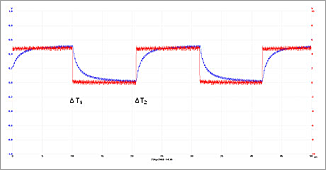 Figure 2: Superimposition of the signal without harness being

applied to the human body (red signal) and with electrodes

being applied to the human body (blue signal).

When applying the same methodology to a patient suffering from a particular imbalance, again a signal will be detected. But as the situation in the body of the patient is different due to the imbalance, the shape of the signal to be detected is different, and it can be seen that this signal is less steep in the case of imbalance. This difference in signal shapes results in other time differences Δt1 and Δt2, which are characteristic for a particular imbalance. 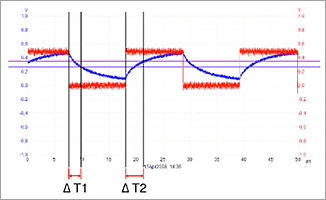 Figure 3: Superimposition of the Signal obtained from a patient suffering from a particular imbalance (blue signal) and the signal obtained when harness is not applied to the human body (red signal)

However, it must be pointed out that the results obtained by the L.I.F.E. System device can only give hints to physical states in which the presence of a particular imbalance is likely. The final diagnosis must be confirmed by other methodologies such as X-ray or MRI in any case. The basic principle of the L.I.F.E. System device is to measure these time differences of the respective signals and to achieve a statistical evaluation based on a mathematical algorithm. The results obtained are compared with data which are archived in a data base.

Figure 4: Basic work flow for the evaluation of data obtained

The mathematical calculation algorithm takes input information on the one hand, which is stored in the Element database, and on the other hand the digitized measurement data, belonging to the element. After quantifying the values, artifacts (like disturbances caused by EMC, movements, etc.) are removed. The cleaned data is sampled and after that, the correlation is calculated, leading to the desired reactivity value, providing the results of reactivity testing, relative to the given element.

It can be claimed that when the situation inside the human body is disturbed due to a particular imbalance, the physical situation will become different. Any abnormal condition can be considered as a kind of imbalance, it can be easily seen that the temperature inside the area of interest is different. As a consequence, the shape of the signal that is detected will differ from the one measured in a non-conditional situation. The differences can be measured easily by detecting the time difference, as described above, and those time differences are characteristic for the respective situations. Evidence that they can be measured and detected was given by the outcome of the clinical investigation.

2. Literature describing the effectiveness of the L.I.F.E. System device

Bette Runck of the National Institute of Mental Health defines biofeedback as “a treatment technique in which people are trained to improve their health by using signals from their own bodies”. Modern medicine uses such devices as Electrocardiographs (ECG or EKG), Electroencephalograms (EEG), Blood Pressure Devices, and Thermometers. Each of these devices gives you feedback about your body, and that allows you to take corrective action.  Traditional biofeedback devices measure heart rates, brain waves, electrical activity in muscles, skin resistance and body temperature for example. Feedback is in the form of a sound, a digital readout, a graph, or a stimuli and the client through practice or changes in behavior learns to modify certain bodily functions.